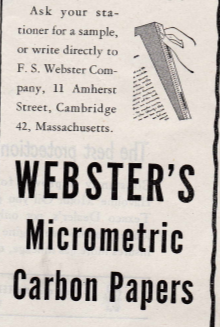 This ad is from The Saturday Evening Post for September 29, 1945.

Given that the whole concept of superheroes was invented only in Action Comics #1 (June 1938), a mere seven years earlier, this ad seems to show just how rapidly the spread of such pop-culture concepts happened.

Wikipedia tells us that Lois Lane had briefly appeared as "Superwoman" in 1943. But the notion of a female equivalent to Superman was not really widespread at the time, it seems to me. Yet somehow the anonymous scribe at this ad agency made the conceptual leap. 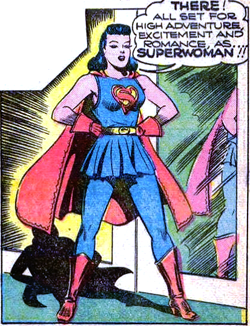