Just got back from Costa Rica, where I spent ten days studying Spanish.  Some thoughts:

Costa Rica hasn't had a military since 1949.  Twenty-eight percent of the country is protected and kept in its natural state by the government, and about 10 percent more is protected privately.  They don't mine their mountains.  They get 90 percent of their energy from renewable sources, water and wind and volcanoes, and they're on track toward 100 percent.  If you're poor and you qualify, you can go to the university for free, and maybe even get some extra money for books and transportation.  The rest of the students are charged on a sliding scale -- my Spanish teacher got a 30 percent scholarship, which means that she only had to pay 30 percent of her costs.  They have universal health care.

It isn't a utopia, of course.  San José, the capital, is crowded and undistinguished.  Very few poor people make it to the university.  You can wait for months to be seen by a doctor; you can even wait for an appointment to get an appointment.  There's a ring road in San José that's been under construction for forty years.

Still, there's something about the spirit of the place.  When they pass a law saying you can't cut down palm trees in the jungle no one complains about the government trying to take away their freedoms; they just get on with planting trees on farms.  When Nicaraguans come into the country to take advantage of the health care, no one is there standing at the border telling them to go back where they came from -- they know this is what happens when you have the best care in Central America.  I met a fairly poor man, a security guard at night and a car mechanic by day, whose son wants to study eco-tourism. They understand that we're all in this together, that if we don't stop destroying our environment we're going to end up destroying everything.

All of this seems to be what they mean by "Pura vida."  It means "pure life" -- but you can also use it to answer "How are you?" or "How was dinner?" or just to say "Everything's cool."  It all made me obscurely hopeful. 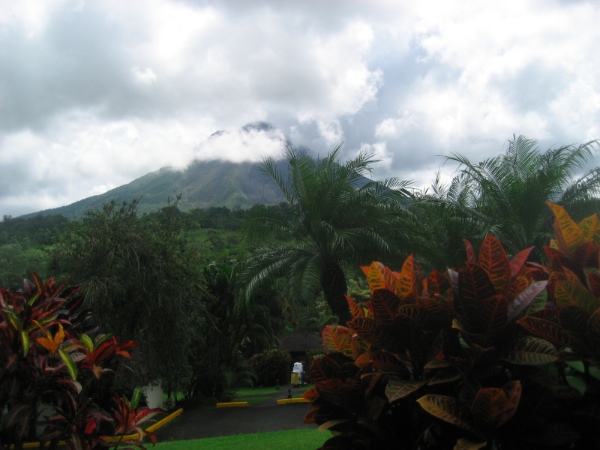 A horror novel of a different sort from Fowler: