Some things I liked about Costa Rica (in no particular order):

Staying at Selva Verde Lodge near the Sarapiqui River.  This is a place with cabins inside the forest, so that when you walk on the paths you see frogs and toucans, geckos and iguanas, and when you wake up you can hear everything peep and cheep and croak and buzz and ring all around you.  The best was a coatimundi, which wandered up near us as boldly as you like.  (The picture isn't very good because I was so startled it took me a while to get to my camera.)  We also saw monkeys and caimans on a trip down the river itself. 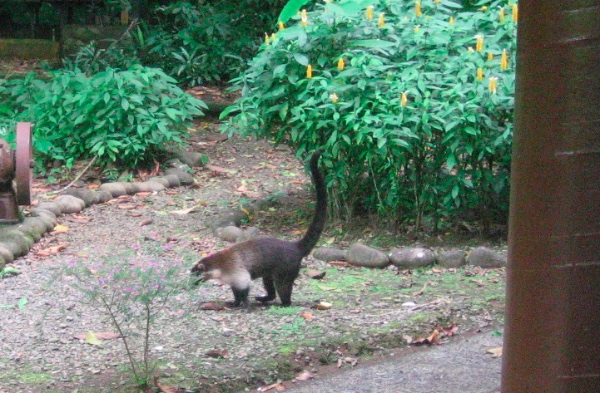 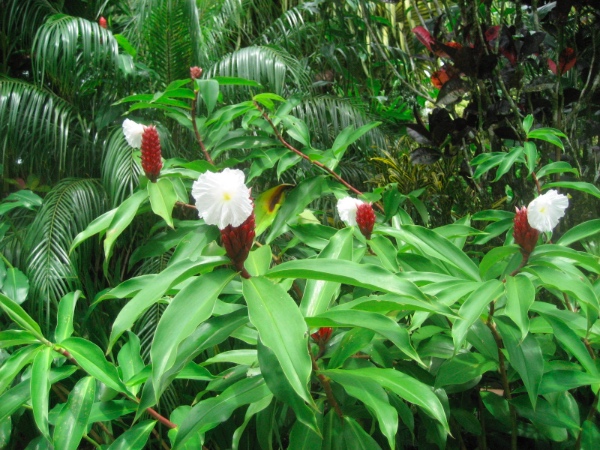 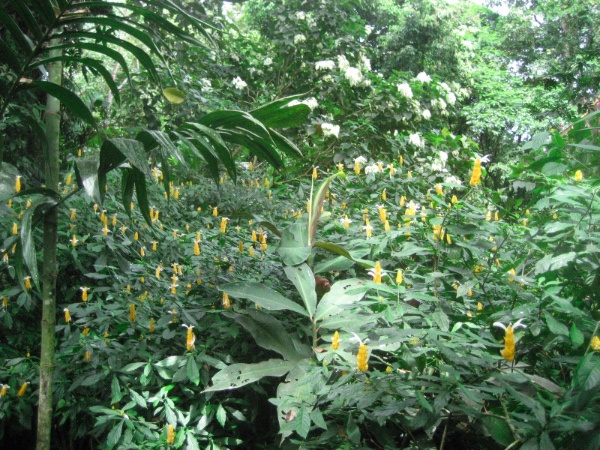 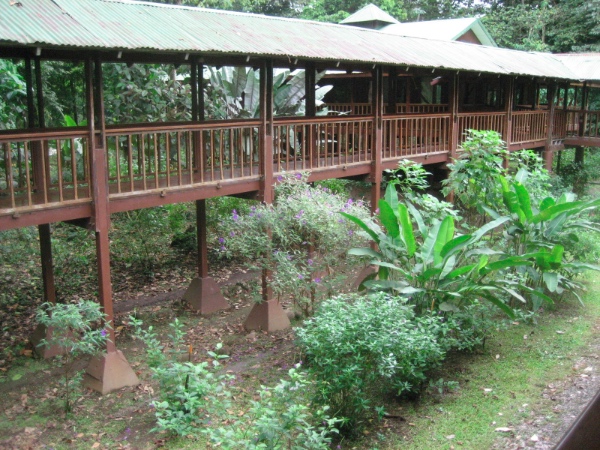 Raised walkway, so we don't disturb the jungle.  Though there were paths through the jungle as well.

A visit to a chocolate factory, where the guide made chocolate the way the Aztecs did (though with sugar, which the Aztecs didn’t have).  We got to drink a cup after it was made, and it was some of the best chocolate I ever had.  (The guide was named Willy, like Willy Wonka.  Really.  People in Costa Rica have names like William and Frank and Justin, though of course there are Spanish names too.)

Zip-lining.  For some reason I wasn't afraid doing this, possibly because I trusted the lines and the guides.  It's a fantastic way to see the jungle. 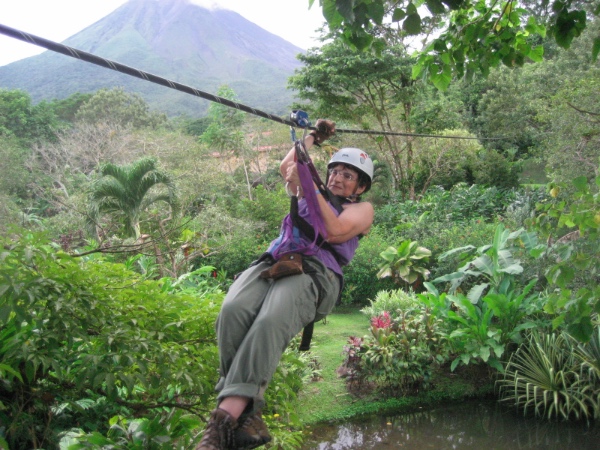 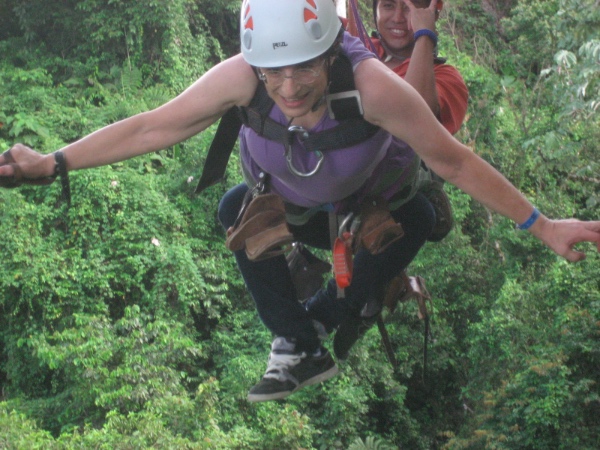 This guy is actually holding me up with his feet.  (You can see his untied shoelaces, which I was terrified he'd trip over while walking on the platforms.)  Before we'd gone out on a single line I asked, "Can we scream?" and one of the guides said, "You can do anything you like as long as you don't pee in your pants."  This was the trip where I screamed, startling him, I think, because I'd been so quiet on the other ones.
Collapse