I liked the Spanish school itself, the Costa Rica Language Academy, which I would recommend highly.  My teacher was enthusiastic and a great confidence-builder, and she had a way of teaching the difference between "ser" and "estar," and of explaining the subjunctive, that got me to understand them for the first time in my life.  She also had a lot of terrific expressions.  "Todo tuanis" means "Everything's cool," though she said it might be a little out-of-date.   A song like "Besame Mucho" they called a "cortavena"  song, one so sad it made you want to cut your veins.   She swore with the German word “Scheibenkleister!”, which sounds like the worst swear word in the world but which she said had something to do with corner windows.  (Though Google translates it as “disk glue needed.”)

Another teacher there reads fantasy, and we discussed El Señor de los Anillos [The Lord of the Rings] and other books.  He liked El Nombre del Viento [The Name of the Wind] but agreed with me when I said that it sometimes seemed slow and that very little happened.  (I have to say I was pleased to find that this opinion wasn't just confined to the United States.)  And the third teacher looked up Spanish songs for us on his computer, even though he said his friends, heavy metal fans, would make limitless fun of him if they saw him now -- especially when we asked for Shakira.

The other students were great, hardly a bad apple in the bunch.  They were mostly older and mostly women, people who had raised families and now wanted to travel, who had interesting lives and knew a lot about a lot of things.

The weirdest part was being the best Spanish speaker in the group -- though this says more about the level of the group than my abilities.  I'd expected an immersive experience, where we would all speak Spanish all the time, but we spoke English outside the class and sometimes even within it.  Still, my Spanish improved a lot.  Even better, I now know I can talk to native speakers and be understood, which was a huge boost to my confidence.  So I'm thinking of this as a good first step, and the next step will be another class somewhere else, one that's harder and more immersive. 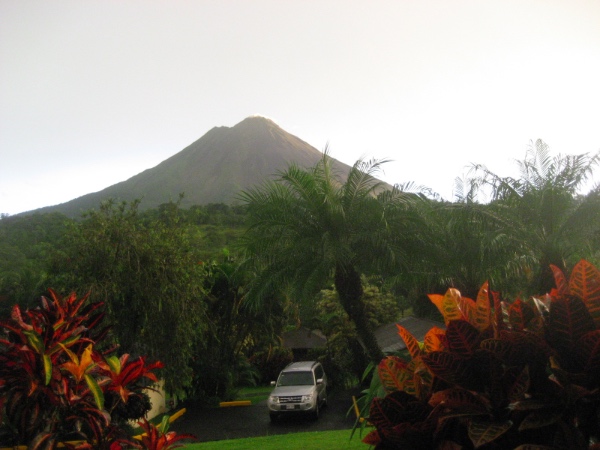 Arenal volcano.  Note the car parked facing outward: this was the first step in the hotel's evacuation procedure.  They didn't have a second step because, as a lecturer told us, once a volcano blows there's very little you can do. 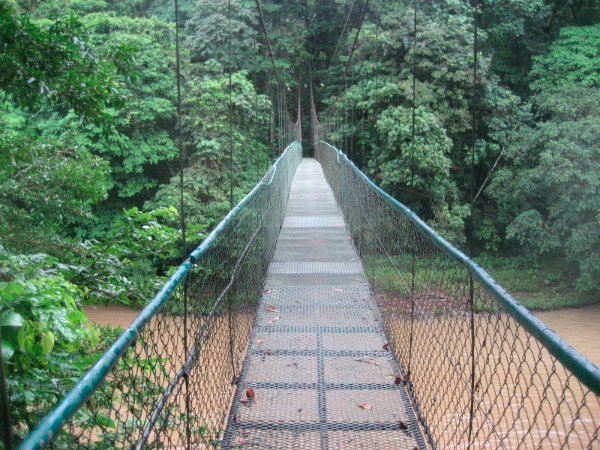 I actually walked on this suspension bridge.  Then I had to walk back over it, in a thunderstorm, while holding up my umbrella.  And yes, the bridge is made of metal. 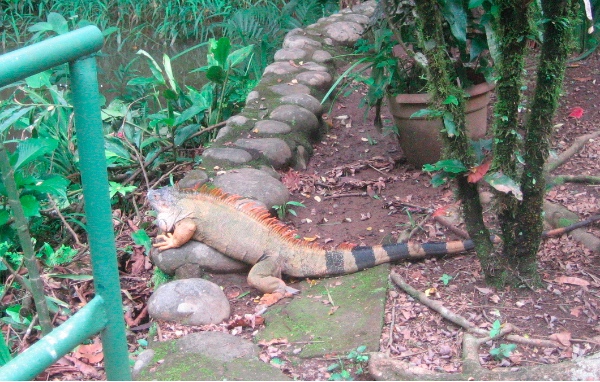