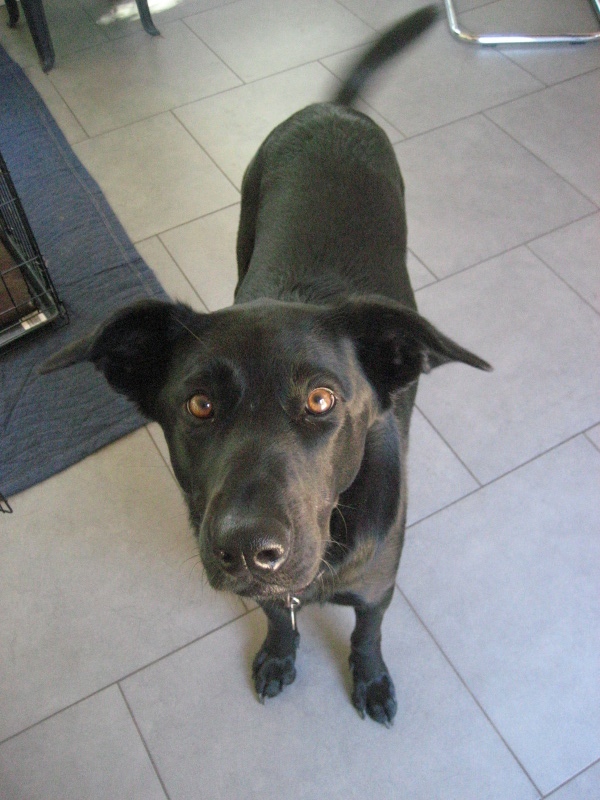 By now most people know about the Sad Puppy campaign.  If you don't, and to simplify things a great deal, a bunch of hard-right-wing authors got together and proposed a slate of nominations for the Hugos, many of them politically tinged, and their slate dominated the awards ballot this year.

One of the Puppies' complaints is that left-leaning readers (Social Justice Warriors, they call us, though whenever I see the initials SJW I think Single Jewish Female) won't read any of these stories but will vote against them anyway, on ideological grounds.  Well, I thought.  I have lots of time -- except for proofreading my novel, and coming up with something for an anthology I promised to be in, and, you know, actually writing something ... okay, I'm not sure why this seemed like a good idea, but I thought I'd read the ballot and comment on it.

A few ground rules, then.  First, I don't like military sf, and that's what a lot of the ballot seems to consist of.  This isn't even an ideological stance -- I just can't get into it, the same way I can't get into vampire novels and mysteries where the cat solves the murder.  I will try to get past this and make my reviews as objective as I can, though I can't promise anything.  Second, I reserve the right to quit reading a nominee at any time.  I'm not going to read an entire novel if the first few chapters leave me cold.  Oh, and spoilers.

I'm going to start with short stories, because they're, well, short, and with the last story on the ballot and then work my way up.  So the first story is "Turncoat," by Steve Rzasa.

A sentient warship and some post-humans are battling against another group, people who have decided not to make the jump to post-humanity.  The warship goes from being annoyed at the messy, pesky humans to championing them (though I'm not sure where in the story this switch occurs) and defects at the end, bringing along with it (him? her?) its superior hardware and some useful intel about the other side.

I'm going to take a slight detour here, though I promise I'll get back to the review soon.  When I was in high school I did or said something that got me sent to detention, a closet-sized room where, oddly, someone had left a stack of Analogs.  I had just started reading science fiction, and of course my first  thought was, Is this supposed to be punishment?

But I ended up not really liking most of the stories.  They emphasized hardware, and not even interesting hardware.  The characters were cardboard, the stories predictable (partly because they all ended with humanity triumphing), the style ranged from serviceable to really pretty bad.

This was late-period John Campbell I'm talking about.  (Yes, I'm old.)  I will stipulate that the guy did some good things for sf in his prime, but something had happened along the way, some hardening of attitudes and an inability to tell when a story had gone bad.  Humanity had to be shown to triumph in every story, for example, to be superior to anything thrown against it, which pretty much let the air out of any balloon of tension.

So, as I hope I've made clear, when I say "Turncoat" is a perfectly adequate late-period Campbellian story I don't mean it as a compliment.  You can't even say the characters are cardboard, since there are no characters, just a warship that, for the most part, proceeds along strict logical lines.  There's no one to like, or even hate, no one to identify with or root for, nothing at stake for the reader.

But think about everything that's happened since Campbell.  The New Wave (does anyone remember the New Wave?  Yes, I'm old), feminism, cyberpunk, counter-cyberpunk, a fresh infusion of writers who are not white or straight or able-bodied.  This would have been an average story in the late sixties, but now, nearly fifty years later, it's stale and dated.

Rzasa hasn't even caught up with the second of these new categories.  "Our founders were the men who…"  "Posthuman Man…" "Not content with setting Man on his new evolutionary path…"  After Ancillary Justice -- hell, after The Left Hand of Darkness -- this reads very oddly.

Supposedly the Sad Puppies wanted their slate to represent the best, most exciting, and most award-worthy writing of the right wing -- otherwise, why do it?  I have to say this is a puzzling choice.  Oh, well.  Here's hoping it gets better.
Collapse