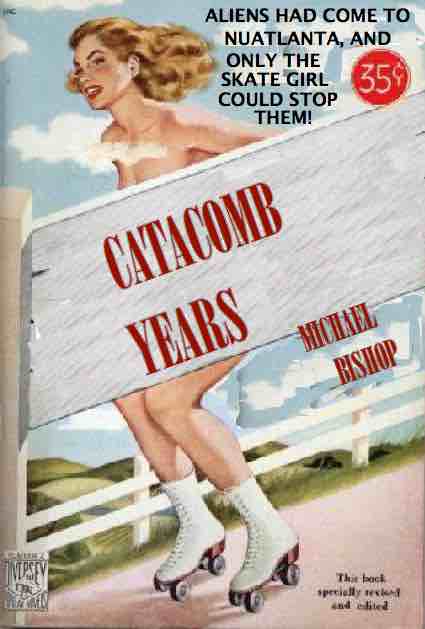 Note: I'm having a hard time posting this, possibly because I used a word LiveJournal doesn't like, a word starting with P and rhyming with shmornography.  Now that everyone knows what it is, I'm going to replace it with astericks and see what happens.

Okay, I do have something more to say.  Other books by Tingle, listed at the back, include “Taken by the Gay Unicorn Biker,” “Seduced by Doctor Bigfoot: Attorney at Large,” and “Turned Gay by the Living Alpha Diner.”  (This last is not about a person who dines but an actual restaurant.)  Chuck Tingle, whoever he is, certainly doesn’t lack for imagination.

I have no idea why this story was on the Rabid Puppies’ slate.
Collapse